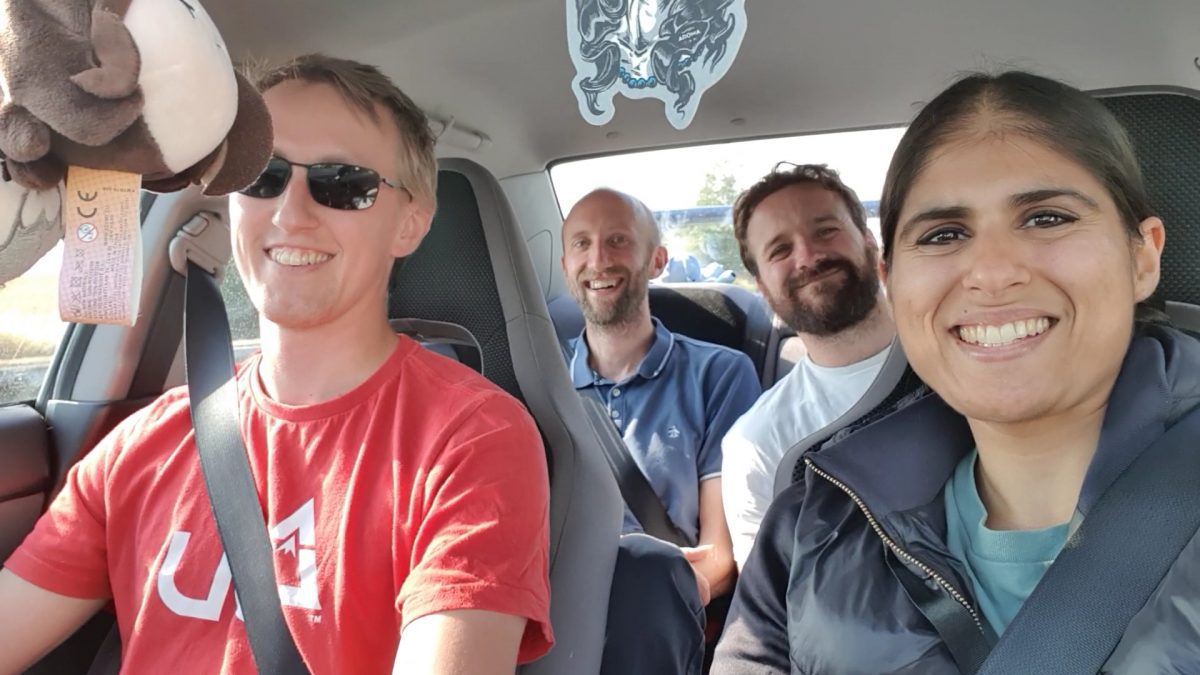 When presented with the opportunity to learn a martial art, not many take it. From those who come to try out their first class, a smaller portion stay on. From this number, fewer consistently train week after week. And so, it’s a great feeling when a student’s consistency pays off to be invited to grade!

From the viewpoint as the Instructor, I’m incredibly proud of these guys…and perhaps carried the nerves for all three of them inside me during the hours that led up to our shared car ride to journey to Surrey for the grading led by Barry Snell SBN 😅. (Sa Bom Nim is a respected title in Korean martial arts for those who have achieved their Master rank.)

They all have trained hard and stayed committed to classes – even when their fitness is really pushed because their instructor is also a personal trainer! These guys also demonstrate trust in the club, as young as it is, to be its first students. And for that, it means so much.

We travelled straight from Abingdon after work to Surrey and the car journey itself was a lovely opportunity to just talk outside of a class environment.

As the Instructor, I was invited by Snell SBN to sit at the examination table before the grading began. When the students were called to test, my focus was mostly on them…trying my best to be as discrete as possible 😅. I wanted to watch them test and see their confidence and attention to detail demonstrated. It was of great pride to have supported each of them so far.

I’m pleased to say that they represented themselves as martial artists and as a collective part of Dojang X better than I could have anticipated.

Of course, the proud Instructor would then get some photos to capture the end to the grading night. This is something that the students will need to get used to! 😁🥋